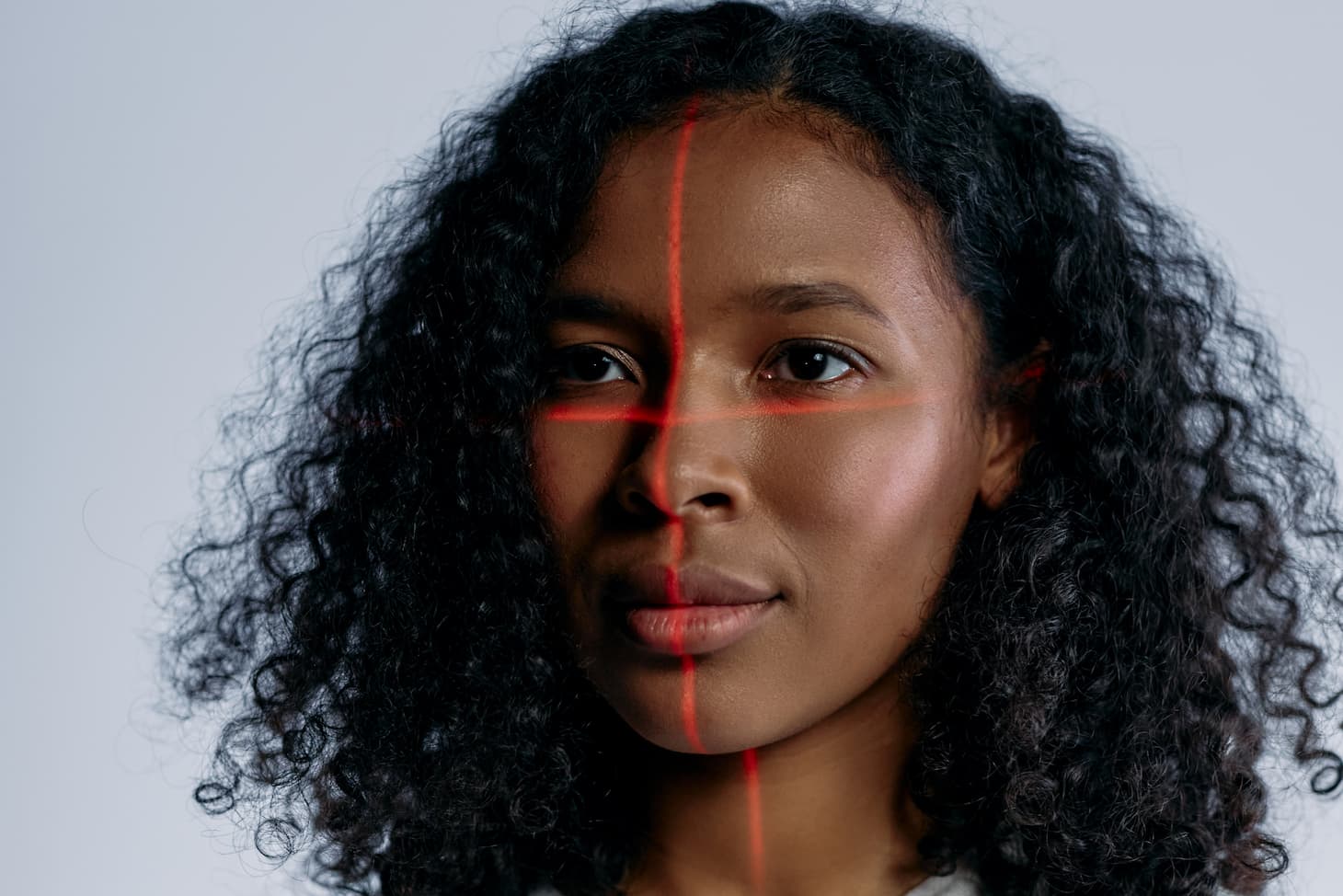 Should you trust everything you read online? It’s a debate as old as the internet itself. Nowadays, however, this has extended to visual content, the likes of which could prove unsettling.

We know that artificial intelligence is a growing phenomenon with new tools coming out seemingly every day. Some of it is genuinely useful, and some of it, can seem a bit dystopian.  One such technology that has quickly gained traction in recent years is deepfake software.

Deepfakes are relatively far from headlines, often for negative reasons. Just last month, Unilever-owned Dove launched a film titled ‘Toxic Influence’ that centred around the negative impact that face-altering software can have on self-esteem. This is just one example, but the reality of deepfake videos goes much further than just face filters.

Here, we take a deep dive into deepfake content, analysing what it is and discussing its future in the world of beauty and fashion advertising.

What Is a Deepfake?

A deepfake is a piece of visual content that has been virtually modified in order to drastically change a person’s appearance to make them seem different, or look like someone else. Deepfake software is powered by deep learning, a computational practice based off artificial neural networks.

Deepfake videos are commonly shared on social media, often with malicious intent. Most recent examples of which have been shown across the encrypted messaging platform Telegram to spread propaganda around the Russian invasion of Ukraine. While more light-hearted examples include this TikTok personality impersonating Tom Cruise.

How Do Deepfakes Work?

As previously mentioned, deepfakes rely on the use of artificial intelligence; specifically, deep learning neural networks. These can be thought of as a complex game of trial and error, wherein the software attempts to solve problems or, in this instance, swap faces in and out of photos and videos to create realistic fake material.

Different neural networks can be used for different things. Mar/Io for example is a piece of software that attempts to complete a whole level of Super Mario Bros. 2 with zero human input. The software starts by entering a variety of button combinations, evaluating the changes observed. Once it makes progress towards the end of the level, the actions beforehand are remembered and repeated with slight adjustments for speed and optimisation. Although the goal behind this clever invention is different, the same rules apply to deepfakes.

Deepfakes can be created in a number of ways, but across all methods, three things are common: source material, injected material, and time. There are two main tools available today: autoencoders, and Generative Adversarial Networks (GANs).

Autoencoders are unsupervised, which means that they run off their own findings and data in order to create something new. The easiest way to explain an autoencoder is to think of content upscaling.

Upscaling happens when the source material for a video is of a lower resolution than the display that it is being fed through. For example, a 480p video in a 4:3 aspect ratio wouldn’t natively fill a 1080p display of 16:9 ratio. To which, the 4:3 video becomes stretched, introducing graphical imperfections through pixelation and colour shifting. Autoencoders go one step further than upscaling by analysing source material and breaking it down pixel by pixel, to then re-draw the images at a higher resolution while retaining as much detail as possible.

This same software can be trained to swap a different face in to a video with high levels of accuracy. Ideally, users would have source footage of the material that they wish to modify, and a pre-recorded piece of material that emulates the facial movements of the target, but this doesn’t have to be the case.

GANs are a combination of two other deep learning practices that receive data from a user describing an ideal outcome of material. They work by having two pieces of footage fed to it: one real, one fake. After much repetition, the GAN begins to learn how to recreate the fake material while looking as real as possible, often at a much higher quality.

GANs are a sort of quality-control measure for deepfake material. When these two pieces of deepfakes are combined, the results can be quite staggering. The ideal scenario being that a video has already been deepfaked via an autoencoder, and then ran back through a GAN to check for any imperfections in the material.

The Rise of Deepfake Influencers

As previously mentioned, deepfake content is rife on social media. From humorous tongue-in-cheek videos to influential individuals, no one is safe.

Deepfake, virtual influencers have been on the rise for some time now; the likes of which have built followings big enough to rival actual people.

Lil Miquela is one of, if not the most popular virtual influencers created. Positioned as a 19-year-old beauty model, Lil Miquela was created by American-based professionals in AI and robotics, Brud.

As of 2022, Lil Miquela has built a following of around 2m fans on Instagram, making her one of the most popular beauty influencers on the platform. Miquela is also no stranger to brand partnerships, with frequent collaborations taking place between Samsung and Calvin Klein, promoting real-life products in the virtual world.

Bermuda fills somewhat of a controversial gap in the deepfake influencer market. Bermuda receives a lot of attention on social media, with a presence managed by the same PR company responsible for Frank Ocean.

We say controversial because Bermuda is known to haggle with her fellow virtual influencers, often trolling other notable digital celebrities. Bermuda was also once in a relationship with another digital influencer, which has since ended in a dramatic fashion.

Self-proclaimed as the ‘World’s First Digital Supermodel’, Shudu is an invention by British artist Cameron-James Wilson. Shudu first appeared on Instagram in 2018, garnering a following of thousands almost instantly.

At the beginning, fans were unable to determine if Shudu was in fact a real person. This prompted her creator to address accusations on a series of Instagram stories, wherein Wilson stated that Shudu was not a real person, despite there being many beautiful women out there just like her.

Nowadays, Shudu can be found sporting a variety of fashion accessories in branded posts on Instagram, the likes of which coming from Furla, Tod’s, and British GQ.

The Pros and Cons of Deepfakes

At this rate, this small cluster of deepfake influencers has built up a reputation that outweighs some of the most famous social media influencers of all time.

Like with all new technology, there are bound to be some positives and negatives as the future unfolds. A few of which we’ll discuss below:

If there’s one thing that’s frowned upon in advertising, it’s false information. Lying to your audience is never a good idea, but it’s something that deepfake influencers must walk a very thin line on. There’s a perception of reality among these celebrities, while the actual content itself is nothing more than ones and zeros.

Of course, there are deepfake celebrities out there that have never actually confirmed their lack of existence, while others are incredibly open about the subject. False advertising is heavily condemned by the ASA, with infringements carrying serious penalties.

To counteract this, deepfake influencers are faced with an ethical dilemma: to tell or not to tell?

A major hurdle that deepfake influencers must overcome is heavily dependent on their audience. Deepfakes alone are fraught with negative headlines, with a quick Google search returning thousands of articles slandering the practice.

Another complication arrives in the form of representation. Computer generated imagery is known for its mishandling of appearances, as these are largely informed by whoever is creating them. Video game characters with exaggerated, stereotypical features are among the worst offenders in this category, the likes of which share a lot of traits with deepfake influencers: dedicated fanbases, brand partnerships, and controversy.

By far the greatest benefit that brands have when working with deepfake influencers comes in the form of personalised advertising. Being able to fine-tune facial expressions, product inclusions and even scripting is a massively powerful tool, as doing so can allow for more hyper-relevant marketing messages to be delivered to target audiences.

Are Deepfake Influencers the Future?

Now comes time to answer this all-important question: are these modern-day mannequins the future of fashion advertising?

It’s clear there is a lot of potential to be unlocked by beauty brands with artificial intelligence, not the least of which resides within deepfake influencers. Besides some ethical concerns, there’s not a lot preventing deepfake influencers from becoming more mainstream – but don’t expect them to overtake the real thing either in number or in effectiveness any time soon.

Humans are quite used to seeing fake portrayals of fashion products in shop windows on plastic models. The fact is, animation has been a tool used in advertising for quite some time. Maybe what we’re seeing now is just the next generation of it?

For even more insights in to the future of artificial intelligence in the beauty industry, have a read through our latest white paper: The Future Face Of Beauty: The Technology Transforming Us. 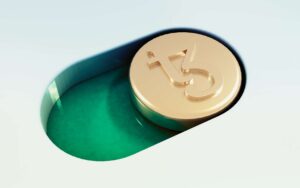 The Latest Look: The Beauty of NFTs 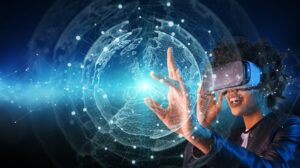 Beauty Brands in the Metaverse: How are they Involved? 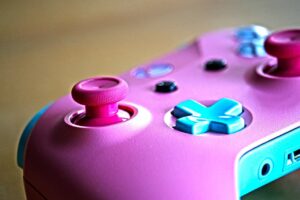 Gaming and Glamour: The Beginning of an Industry 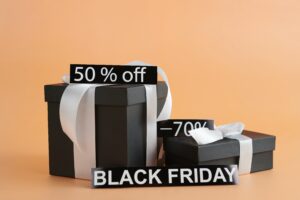 Black Friday 2021: Who Won the Battle of the Beauty Brands? 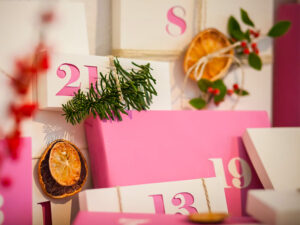 The Latest Look: What happened to the hunt for Beauty Advent Calendars in 2021?

We use cookies on our website to give you the most relevant experience by remembering your preferences and repeat visits. By clicking “Accept All”, you consent to the use of ALL the cookies. However, you may visit "Cookie Settings" to provide a controlled consent.
Cookie SettingsAccept All
Manage consent

This website uses cookies to improve your experience while you navigate through the website. Out of these cookies, the cookies that are categorized as necessary are stored on your browser as they are essential for the working of basic functionalities of the website. We also use third-party cookies that help us analyze and understand how you use this website. These cookies will be stored in your browser only with your consent. You also have the option to opt-out of these cookies. But opting out of some of these cookies may have an effect on your browsing experience.
Necessary Always Enabled
Necessary cookies are absolutely essential for the website to function properly. This category only includes cookies that ensures basic functionalities and security features of the website. These cookies do not store any personal information.
Non-necessary
Any cookies that may not be particularly necessary for the website to function and is used specifically to collect user personal data via analytics, ads, other embedded contents are termed as non-necessary cookies. It is mandatory to procure user consent prior to running these cookies on your website.
SAVE & ACCEPT

To download the report, please enter your email address: